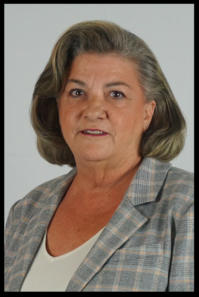 Tina White-Bowers is the Company Accounting Officer and is responsible for AR, AP, Payroll and Financial Reporting for the company. She works tirelessly to meet the needs of the company, its vendors and its customers.

Tina grew up in Tennessee where she began working in bookkeeping right out of high school as she managed her own business interests. Tina has more than 40 years of Bookkeeping and Accounting management in various industries.

Tina moved to Florida 34 years ago. She and her retired military husband, Ed, have three kids between the two of them, one granddaughter, three dogs and three cats! Tina and Ed enjoy spending time with family and friends and each other whether its by the pool or on the Harleys.

Tina's years of experience in real estate and construction accounting gives her an in depth knowledge of cost accounting which allows her to maintain company accounts and ledgers to be easily utilized by our outside accountant to prepare our annual financials.

Greg Lyons is originally from Ohio where he began in construction in 1976. Greg is a U.S. Navy Veteran with 30 years of Commercial Construction Experience in Ohio, Virginia and Florida.

Greg and his wife, Penny, moved to Florida in 1998. He had his own business for a number of years before joining Atlantic Coast.

Greg's extensive background in commercial construction brings a depth of knowledge to the field as he carries out his duties as Estimator. He is familiar with all phases and trades in both heavy and light commercial and industrial construction.

Jeff Shinske grew up in the Jacksonville, FL in the Mandarin area. After Jeff graduated from Bishop Kenny, he acquired a degree from Georgia Southern and joined the Marine Corps in 1992 where he became a medic. After leaving the Marine Corps Jeff began working in Project Management where he saw a number of Construction related injuries which prompted Jeff to start his own business doing Health and Safety Training for the past 10 years.

Jeff and his wife, Gina moved back to Jacksonville in 2008 and have 4 girls and 2 grandchildren. In their spare time you will find them cruising the road on their motorcycles.

Jeff is passionate and committed to our safety culture and our safety record at Atlantic Coast and is solely responsible for all things safety. Jeff came to Atlantic Coast from Williams Industrial where he was the Safety Manager over all projects, including JEA and Westrock, to insure Health, Safety and Compliance.

His background in both Construction and Safety allows Jeff to bring the proper emphasis  to the management team as we develop the best safety culture in the construction industry.

Clifford McGlothlin is a third generation mason originally from Northern Maryland where he began working in masonry with his grandfather as a teenager in 1984. Cliff has worked in Maryland, New Jersey, Pennsylvania, Virginia and Florida with various companies with over 30 years of commercial construction experience.

Cliff and his family moved to Jacksonville in 1997. Cliff has run commercial work for a number of Jacksonville Companies before joining Atlantic Coast.

Cliff brings a great deal of pride and passion for producing a quality product to Atlantic Coast and is solely responsible for Field Operations including Supervisors, Superintendents and Foremen. His year of personally installing masonry and supervising masonry makes him a valuable team member in allowing Atlantic Coast to achieve it product and production goals.

Cliff's responsibility is to complete projects on time and on budget while exceeding customer expectations.

Fred Lenz grew up in Pennsylvania and attended California State University. Fred has over 40 years of commercial construction experience and started out laboring for his cousins masonry company in Virginia during the summers while in high school.

In 1980, right after college Fred moved to Alexandria Virginia where he began working full-time in the masonry trade and worked his way up to the foreman position over a 6 year period. Over the years Fred has supervised and worked on many large and high profile projects such as Fort Belvoir, Quantico Marine Corp. Base and the Holocaust Museum in Washington D.C., to name a few.

Fred owned and operated his own masonry company in Virginia from 1994 until 2006 at which time he acquired his general contractors license in the state of Virginia.  From 2006 until 2012 his company did GC work in addition to masonry until he moved to St. Augustine, Florida 2012.

Fred is the Production Manager for Atlantic Coast as well as assisting with estimating. His extensive experience brings a wealth of knowledge to both our commercial masonry and GC projects. 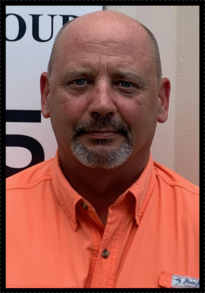 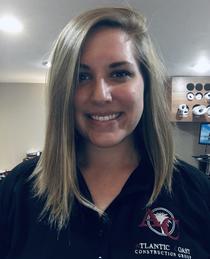 Olivia Steinmann is our Company Resource Coordinator who is responsible for supporting all divisions of the company to insure that all operations have the necessary resources to function efficiently. If you need to get it done, get a hold of Olivia.

Olivia hales from Eastern Tennessee where she received her Bachelor's Degree in Education from East Tennessee State University.

Olivia and her family move to Jacksonville last year and quickly joined our team. She has been the perfect person to fill this role which is extremely diverse in the number of area that it supports.

Olivia is also instrumental in the development and application of our employee training programs (Atlantic Coast Masonry Academy) which we have implemented as our Learning Pathways Program. 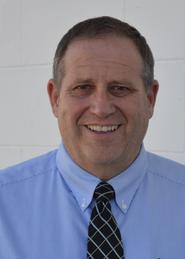 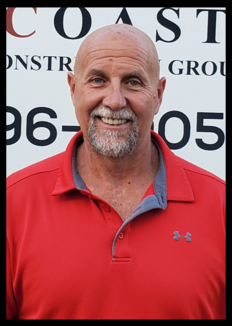 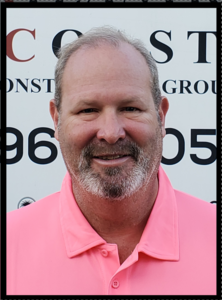 Brad Clark is the President and CEO of Atlantic Coast Construction Group and has been in the construction industry for more than 30 years.

Growing up in Denver, Brad's grandfather was a prominent local concrete contractor and his  first jobs were in construction. Brad completed college and post graduate work in Wisconsin in 1985 at Maranatha Baptist Bible College and moved to Jacksonville in 1986,   He started a financial consulting firm in 1990 where he focused on construction clients and became a State Certified Contractor in 1996.

Brad and his wife, Debbie, have six children and eleven grand-children and spend a significant amount of time traveling to spend time with them.

At Atlantic Coast we are committed to building the highest quality product for YOU, the customer, and have your best interest as our customer first and foremost at all times .We are looking forward to welcoming you into our family of customers in the near future. 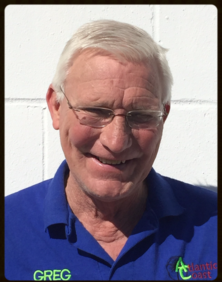